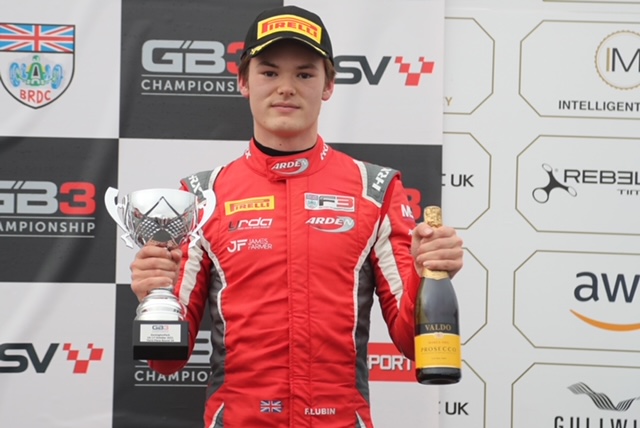 Evans GP is pleased to announce the signing of front running GB3 Pilot Frederick Lubin, who will join its Asian F3 team for the 2022 season.

The 17-year-old British racing star has successfully competed in the 2021 GB3 Championship and previously was competing in the 2020 British F4 Championship.

Team Owner Josh Evans: “We are really looking forward to working with Frederick for the upcoming season. He has been performing well in GB3 ending this year with another podium and taking the runner up spot in the rookie cup in British F4 in 2020, so he’s in great form heading into the Asian F3 season.

After a strong test in a formula regional car at Monza recently with his past form and his good attitude, I am sure he will make a strong transition”.

Frederick Lubin: “I am really excited to join Evans GP for the 2022 Asian F3 Championship, they have a really good track history and lots of experience. It will be an amazing opportunity to race on these world class tracks, it will be a new challenge, but I am ready and can’t wait to get going.

I will have a strong team to support me as Evans GP crew were able to achieve 2nd in the teams championship in their debut season last year. They also achieved numerous race wins and podiums with different drivers last season so I think we can achieve some good strong results together this season”.

The Asian F3 Certified by FIA Championship is run as a regional F3 FIA series and designed as a stepping-stone to International F3. The series has a well-deserved reputation as being one of the most competitive F3 championships, with former drivers including such notables as Nikita Mazepin, Guanyu Zhou, Rinus Veekay, Liam Lawson, Dan Ticktum, Jack Doohan, Jamie Chadwick, Petro Fittipaldi, and David Schumacher.