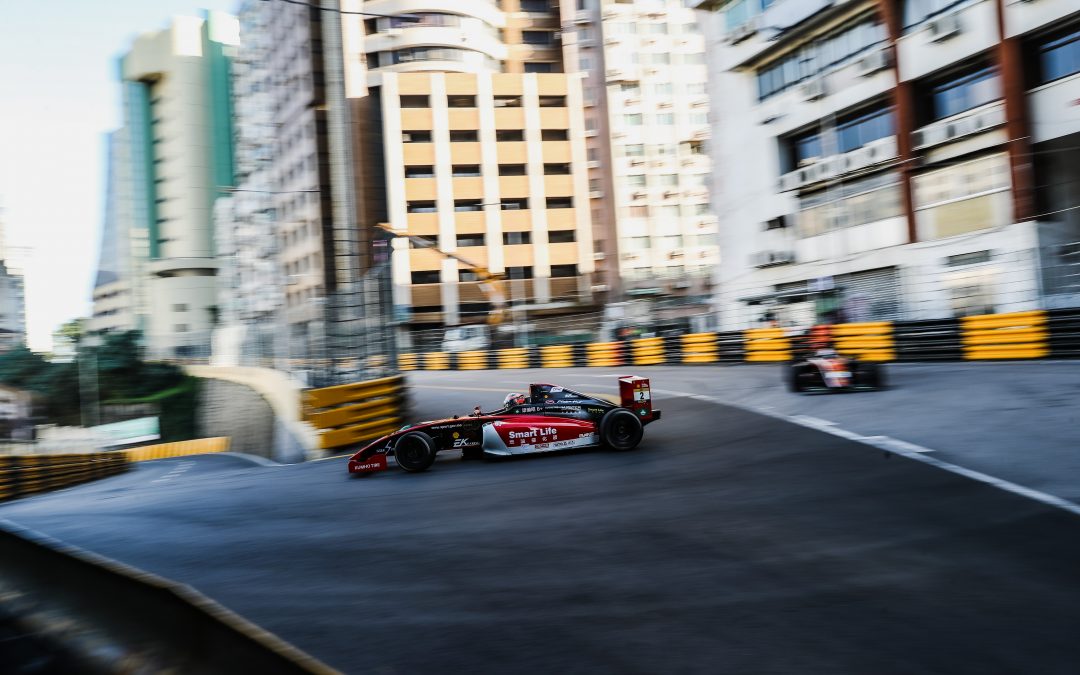 Charles and fellow Macanese driver Andy Chang were the class of the field throughout the 12-lap main race, the pair sprinting away from the chasing pack, however their early advantage was wiped out when another car hit the wall on the opening lap, bringing out the safety car.

When the race got back underway Charles was able to build up 3 second lead over Chang. That was until the closing stages of the race when lapped traffic enabled Chang to close right up to Leong and he had his mirrors full all the way to the chequered flag to lead a Macanese one-two.

Meanwhile Charles’ teammate capped off a stellar season with a solid drive to 7th place to clinch the 2020 Chinse F4 Championship for Pizza Hut / SmartLife Racing.

Charles Leong: “I just reached one of my childhood dreams, I’m a bit speechless, I don’t know how to describe my feeling right now. There’s too much happening, I feel like I’m dreaming right now.

“I had a couple of cars blocking me through the mountain part and I was struggling quite a bit to get past them. In the end it was really, really close. I want to say a big thank you my team, family and sponsor for supporting me and helping me to achieve this result”.

Josh Evans: “Firstly congratulations to Charles on achieving his childhood dream of winning the Macau Grand Prix. He drove faultlessly all weekend, pole position, won the qualification race with the lap record and dominated the final”.

“He’s the first driver from to Macau to win their home Grand Prix since Andre Couto won the race in 2000. He’s now in the Macau Grand Prix history books and that’s something he can be really proud of”.

“I also want to big congratulations He Zijan on claiming the 2020 Chinse F4 Championship. He has come close the last couple of seasons and to finally achieve this result is a credit to his hard work and dedication and we look forward to seeing what his future holds”.