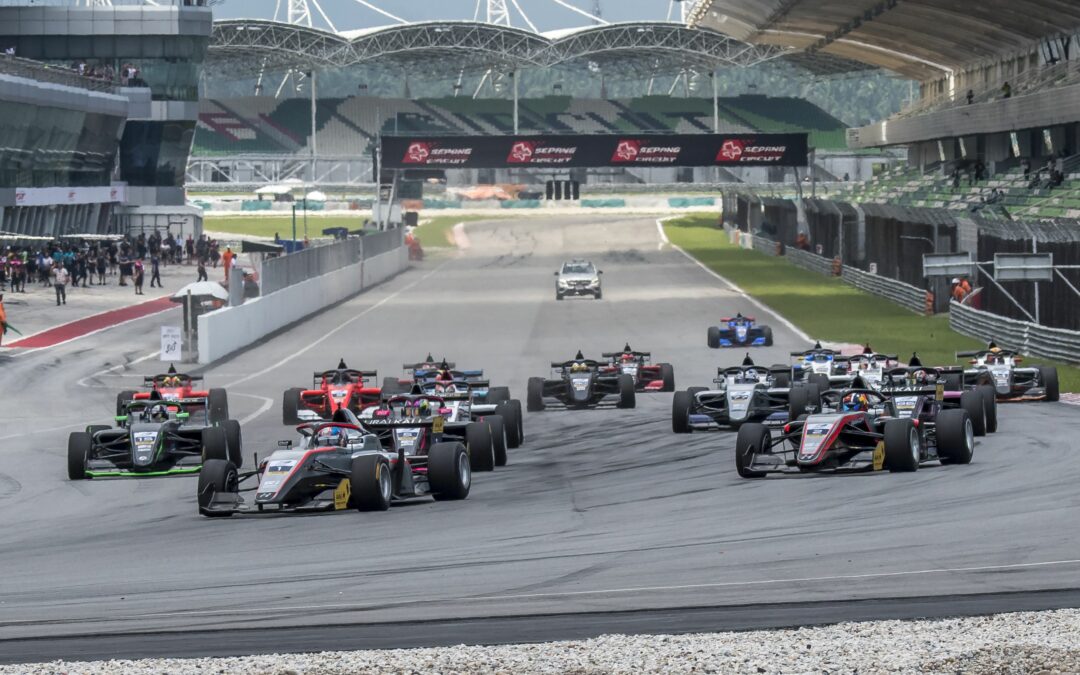 Shanghai, China (October 11, 2019) ? The F?d?ration Internationale de l?Automobile (FIA) officially inscribed the game-changing, FIA Super Licence points-earning 2020 F3 Asian Championship calendar at its recent World Motorsport Council meeting.In an inspired, ground breaking move, the third season of the successful championship will be held over the winter months to enable drivers from all over the world to maximise FIA Super Licence regulations which allow them to accumulate points from two championships within a single year.

With the 2020 F3 Asian Championship finishing on February 23, well before the start of the season elsewhere, the top nine finishers will have stolen the march on their rivals by pocketing Super Licence points ahead of the start of their second championships of the year.

Commented series organiser Top Speed?s General Manager, Davide De Gobbi: ?Having established the F3 Asian Championship Certified by FIA in 2018, and pioneered the FIA?s new vision of enhancing junior single seater motorsport development, we are delighted to have their continued support in helping drivers accelerate their development by competing in two, FIA Super Licence-eligible championships within a 12 month period. With our all-FIA Grade I circuit, compact and cost-effective calendar, the championship is the ideal route through which drivers maximise their track time, gain valuable experience and fast-track their careers.?

As well as the strategic timing of the calendar, the 2020 F3 Asian Championship season has kept budgets front of mind by designing a cost-effective schedule. The season gets underway at Malaysia?s Sepang International Circuit ? the first of the four FIA Grade I tracks it will visit ? before heading to the Middle East where it makes its debut with back-to-back events in Dubai and at Abu Dhabi?s Yas Marina F1 track. Returning to Southeast Asia in February, three races at Sepang are followed a week later by the season finale triple-header at Thailand?s Buriram International Circuit.

From its inception, the championship has provided drivers with a credible international benchmark against which to measure their performance. The inaugural FIA F3 Championship in 2018 was won by current FIA F3 Championship driver Raoul Hyman, while Japan?s Ukyo Sasahara clinched the 2019 title last month in a nail-biting, down-to-the-wire finale with Red Bull Junior driver Jack Doohan. Other drivers who have competed in the series over the last two seasons include Jake Hughes, a title contender in 2018, talented Kiwi Liam Lawson and rising Chinese star Ye Yifei.

Established in 2008, Top Speed has played an intrinsic role in the rapid development of motorsport across Asian over the last decade. Providing a wide spectrum of services ? from race organization and technical and logistical support to event and sponsorship management ? Top Speed has played an integral role in series such as the Ferrari Challenge Asia Pacific, Lamborghini Super Trofeo Asia, Audi R8 LMS Cup, Asian Le Mans Series, Formula Masters Series and Scirocco Cup.