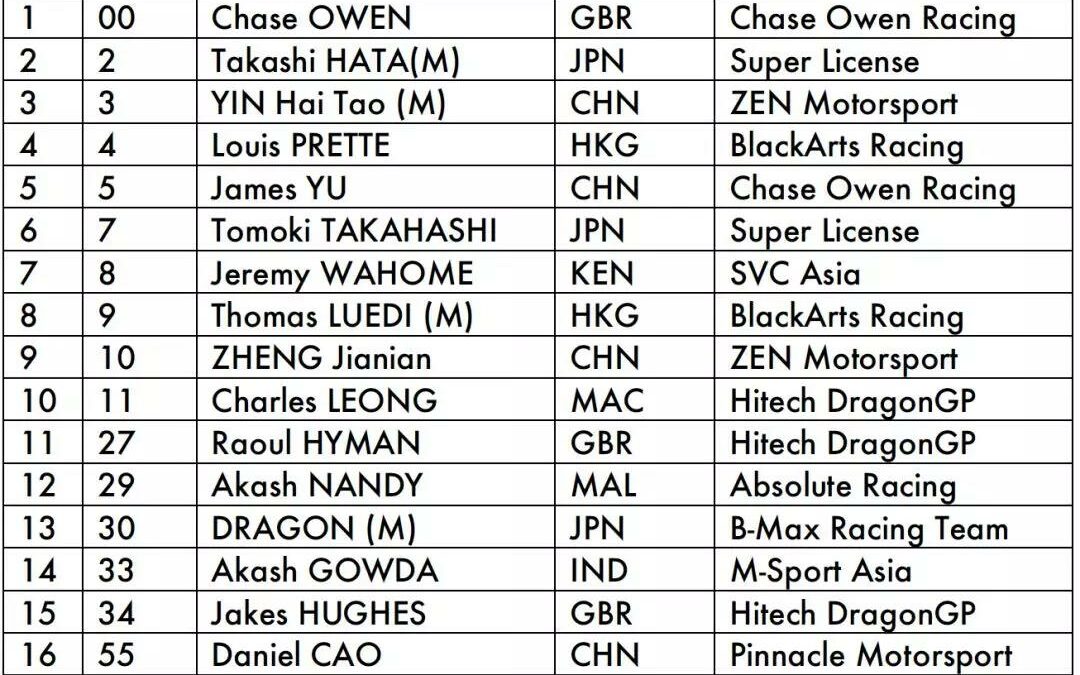 Sepang, Malaysia (July 10, 2018)?? The new F3 Asian Championship Certified by FIA will usher in a new era of Formula 3 as it gets underway this week at Malaysia?s Sepang International Circuit. The championship is the first to adopt the FIA?s global vision for the formula, where a single-chassis, single-engine concept will ensure the continued development of a category which has produced the greatest names in motorsport.

Commented Top Speed General Manager Davide De Gobbi: ?The F3 Asian Championship Certified by FIA is proud to open the new age of the formula.? We have a superb team of expert partners and an international line-up of some of the best single seater teams and drivers in the world. We are looking forward to a season which will be ground-breaking for F3, and one which will place Asian motorsport firmly in the spotlight.?

With the motorsport world watching closely as the most radical development in junior single seater racing for decades begins, the new championship unveils a sensational line-up for its inaugural season.

With official testing currently underway, the first official practice begins on Friday, July 13, at 09:40 local time (GMT+8), followed by two qualifying sessions. All three races will be live-steamed on the official website (www.f3asia.com) and Facebook page@F3AsianChampionship.