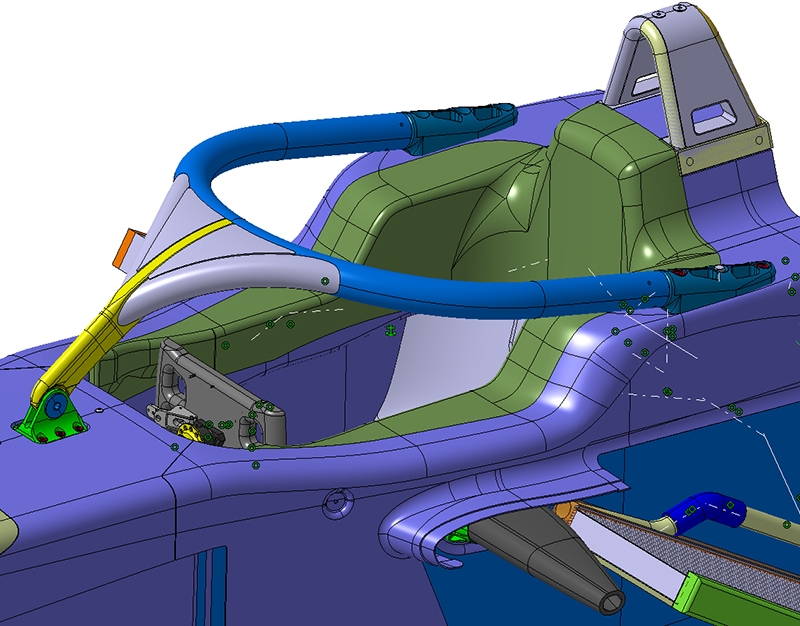 Shanghai, China (February 28, 2018)? Organiser of the F3 Asian Championship Certified by FIA, Top Speed, has announced Tatuus and Autotecnica Motori as chassis and engine partners respectively for the new series. The groundbreaking new single-spec F3 championship has sparked the interest of the regional motorsport fraternity since its announcement in January, and will roar off the grid this July.

The partnership between the new series and two hugely respected names in motorsport is the latest in a successful collaboration which has resulted in the positive development of single seater racing across Southeast Asia.

The Autotecnica-built engine ? the ATM AR-F3R ? is a 270hp, four cylinder turbocharged Alfa Romeo 1750 TBi, with a total capacity of 1742cc. This will be housed in the Tatuus F3 chassis, featuring side impact panels, front and rear carbon impact structures, wheel tethers, an extractable seat, and the new Halo system.

Commented Top Speed General Manager Davide De Gobbi: ?We are happy to continue our cooperation with Tatuus and Autotecnica Motori which began in 2011 with Formula Pilota. That was our first step into the formula racing arena in Southeast Asia and China, and we achieved remarkable success together. We have closely followed the development of the FIA?s regional F3 project over recent years, and our close relationship has been a major advantage in that it means we are ready with a total package – including chassis, engine and a complete, mature Formula series package – ahead of the original schedule proposed by the FIA.?

Both partners have pledged their full support to the project, and are committed to ensuring the series becomes the gold standard in the new era of Formula 3.

Said Autotecnica Motori Chief Executive Officer Giovanni Delfino: ?I would like to thank Davide De Gobbi and Top Speed for choosing Autotecnica Motori as the official engine supplier for the very first FIA-certified Formula 3 regional series in Asia. It will be a great challenge for us, and we will be more than honored to support a series that will be a milestone for all the other countries. Top Speed is a leading reality in the motorsport universe; we are more than happy to be with them launching a series that will be a reference point for many years. I am pretty sure that the entire motorsport world will be focusing its attention on the new born F3 Asian Championship Certified by FIA.?

Adding to the sentiment, Tatuus Racing s.p.a. Chief Executive Officer Gianfranco De Bellis commented: ?All of us are very happy and proud to announce the collaboration with Top Speed as official supplier of the new F3 cars for the Asian series certified by FIA. For Tatuus this is an important project; the new regulations that the FIA introduced, especially in terms of safety, have been a welcome challenge for our company, and one which we have happily risen to. We have worked hard and will continue to do so, to offer a product of the highest level.

?We are sure that this is a great step for Motorsport and being able to offer the new Tatuus F3 car to teams and drivers who will participate in the Asian Championship will be a great honor for us. I thank Davide De Gobbi for the trust in Tatuus and to continue with a new car the strong partnership we have for many years.?

With four months still to go before the start of the inaugural season, the new series is attracting interest from across the Asian region and far beyond, with several teams already announcing their intention to enter the most prestigious Southeast Asian-based single seater championship in history.