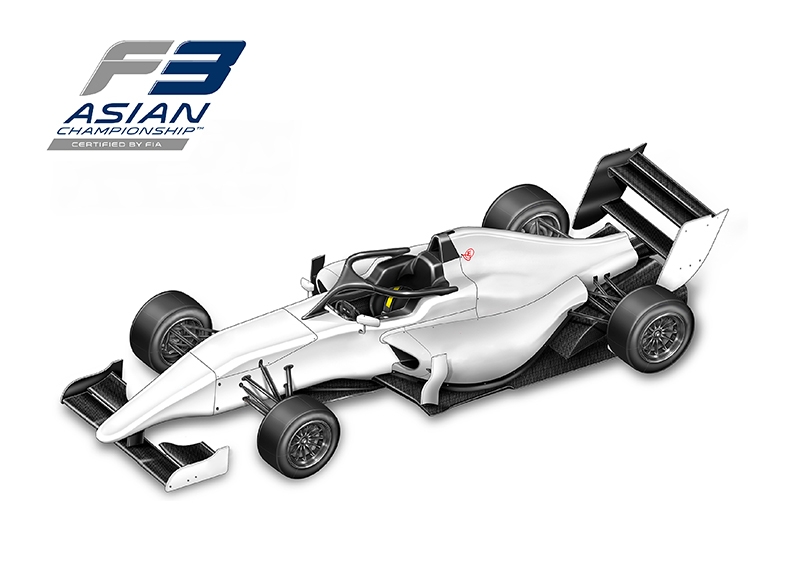 Shanghai, China (January 26, 2018) ? Asia will host a Formula 3 championship fully certified by the sport?s world governing body, the F?d?ration International de l?Automobile (FIA), this season. The announcement of the F3 Asian Championship Certified by FIA, which adopts the federation?s ground-breaking new single chassis, single engine concept, is an exciting new development for a category which has produced some of the greatest names in motorsport.

Organised by highly-respected and experienced pan-Asian promoter Top Speed, the new championship places focus on performance, safety and cost control, while Asia provides the ideal showcase for both local up-and-coming talent and international drivers looking to make their mark in the world?s most dynamic region.

Commented Top Speed General Manager Davide De Gobbi, a driving force in Asian motorsport development: ?We are proud to open the new era for global Formula 3 with the F3 Asian Championship Certified by FIA this year. It marks a coming of age for Asian motorsport, and opens up a world of opportunities for our regional drivers as well as those around the world seeking the ideal development environment run in the world?s economic powerhouse.?

FIA Director of Single-Seater Championships, Charlie Whiting, said: ?The addition of another regional FIA Formula 3 championship will be a hugely positive step in the development of the category around the world. Junior motor sport has been growing rapidly in Asia in recent years, with highly competitive FIA Formula 4 series in China, Japan and South East Asia giving young drivers a better opportunity than ever before to advance their skills and move up to the next level. Now with the F3 Asian Championship Certified by FIA, these drivers will have a great place to compete at a regional level.? The new series also represents a substantial boost to the FIA driver development pyramid concept, designed to take drivers from Formula 4 to Formula 1. Formula 4 China, established in 2015, was joined by Formula 4 South East Asia the following year, and both are expected to be key feeder series for the new F3 Asian Championship Certified by FIA.

The new FIA F3 International Championship is scheduled to make its debut in 2019, also following the single chassis, single engine format, and will provide the next stepping stone for Regional F3 drivers ahead of Formula 2 and ultimately – for the very best – F1.

The Asian series? F3 car will comply with the latest FIA specifications and feature a number of enhanced safety features including the new Halo device and improved side impact protection, and will have a six-speed paddle shift gear box. It will be powered by a single-make 270hp turbo engine, with the manufacturer to be announced in the coming weeks along with the chassis and tyre providers.

Carrying FIA Super License points for the champion, the series will also include an AM Class and Team Championship.